If you haven’t checked out my Facebook page, and you want to win this bag, get on over there!  You have until Friday to get in on the winnings!!  You just have to like the page, find the giveaway status (it’s pinned to the top so it’s not hard to find! 😀 ) and then like it, share it and comment on it.  Bam, entered.

I am very excited to say I made a sale!  I made a baby bag for a friend who didn’t want just some plane, boring ole diaper bag like everyone else’s, and the one she has already is girly and monogrammed, so she doesn’t want to use it either.   *Note to self, really think about those monograms* 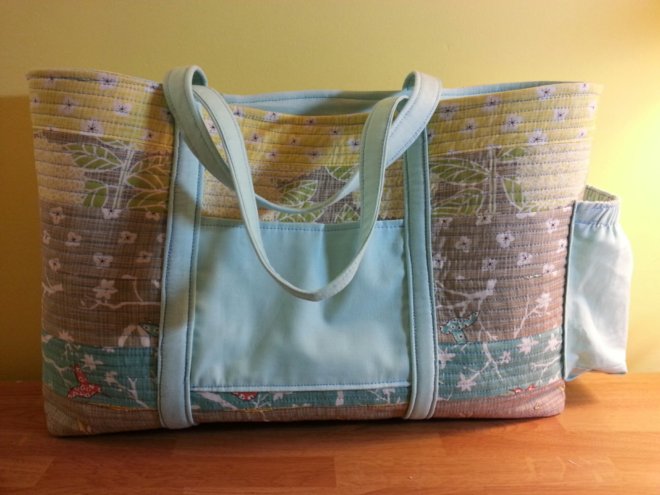 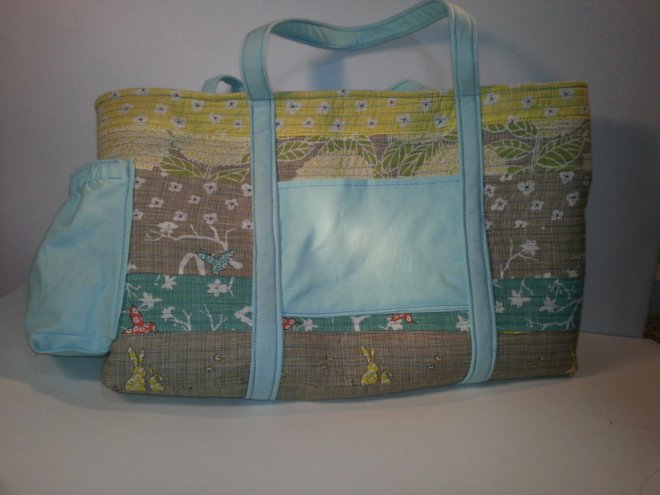 My poor little light box is too small for this bag! My sewing room is a wreck right now because I made an impromptu photo studio at 10PM on a Sunday night. 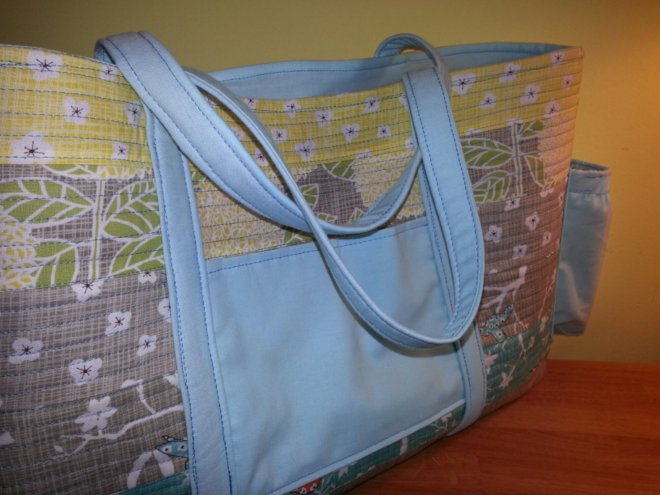 I love this though…I love the little quilting, I love the handles. I really like running my hands over the quilting because it just feels so bubbly and cool!

I also had to move my store over to Etsy, but I’m really saving up until I have a lot to post before I post anything really.  It’s those fees, THE FEES!!  I kind of had to move over to Etsy, I mean I really love Etsy, don’t get me wrong!  But Lilyshop just vanished.  They made a post saying they were closing, but it was kind of vague about when it was going away, and it literally went from there to gone overnight.  Disappointing, I must say.

After doing what felt like work sewing, I’m happy to get to make some stuff that will hopefully sell on its own and isn’t specifically for anyone in particular.  I’ve got a couple of orders of fabric that I’m waiting to get in that are meant for specific projects, but other than that I’m kind of free sewing over here!  It’s so nice.  I am starting to worry about my orders, though….I know FatQuarterShop.com said they had some backlog from the holidays, so I was expecting that…but it’s a little sad because I usually get their stuff SO fast and I just love them.  Yes, I said it; I’m in love with a fabric site.  I also ordered some Winter’s Lane from the Missouri Star Quilting Company and I haven’t gotten any “it’s shipped!” emails yet. sigh…..

So this Winter’s Lane.   I guess a few weeks ago I saw this everywhere.  I mean little birds and snowy scenes all over.  Then it comes time that I actually need some, nowhere.  So I had to scour the interwebs, and I did.  I found some on Etsy and I found some with the Missouri Star site, and the latter had a better price so I went with them, and BOY am I glad I did!  Literally a few hours later the one on Etsy was GONE!  Outtie 5k. Gonzo.  Gone with the Wind fabulous. No Mas. Not there, anymore….you get the picture.  So I feel like I’ve somehow lucked out on this big time.  Also, I didn’t know that Winter’s Lane is also made by Kate & Birdie!  So now I’m already in love even more.

So, until next time everyone!  Happy Sewing!

2 thoughts on “Still some time left!!”