So, if you’re expecting a video of me whip and Nae-Nae’ing, I’m sorry to disappoint.

I mean I can do it!  I probably don’t look nearly as cool as those kids all over YouTube doing it, but I can do it, too!  Haha!

So if you don’t know, WIP means Work In Progress.  Since I have a really busy craft fair schedule coming up, I have quite a few WIPs going on right now.  Here’s a look at what I’m doing and what all I plan on doing, at least for now.  Also, these are just WIPs to sell, these don’t count other stuff I’m working on.

I really love these little guys.  They’re also Al’s Pals, because Al loves to swim.  He loves swimming like nobody’s business.  I hear most weenies don’t like the water, but Al takes to it like a fish.  An adorable, hairy fish.  Moving on, these little sea monsters are a lot of hand sewing, but they’re really adorable when they’re finished!  I am trying to narrow down on a size, and then I hope to crank out as many as possible. 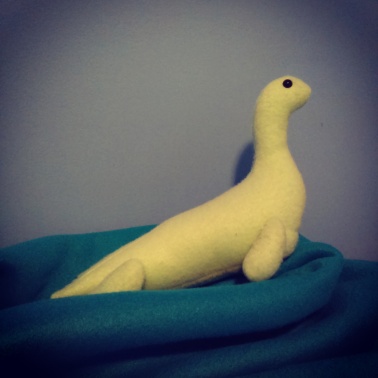 Yes, even though the sea monsters are also Al’s Pals, I need to make more little bunnies, kitties and maybe even a bear.  I started out with 12 and I only have 5 left, which, is pretty cool if you ask me! 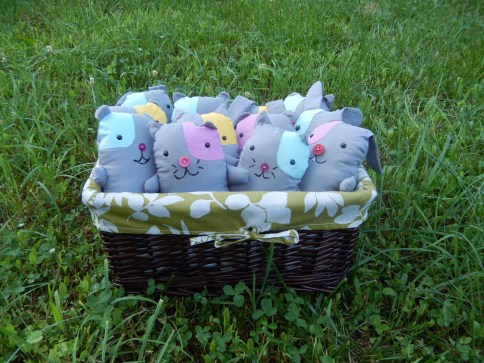 The Original Gang all together

I  have made two of these bags so far, and I think I can make one more before the first fair in April.  I  have the materials together to make one more for sure, featuring Kate Spain’s Horizon fabric.  So currently, I have a Fall bag, a Spring bag, and this one will look more like a Summer bag.

I’ve got quite a few wallets left, but I have a few cut out already so I’ll probably finish them off and get them ready to go as well.  They’re similar to the red ones I already have in my shop, but these are blue.

So, I haven’t sold these in my shop  before, but they’re simple to make and they are really handy.  I use one as a display for craft fairs and one for a scrap catcher in my sewing room.  They’re from a really great pattern by KelbySews. 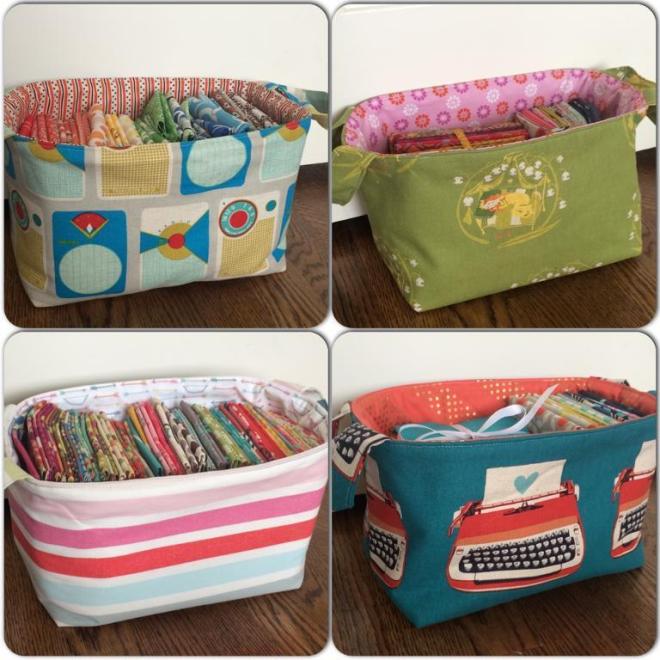 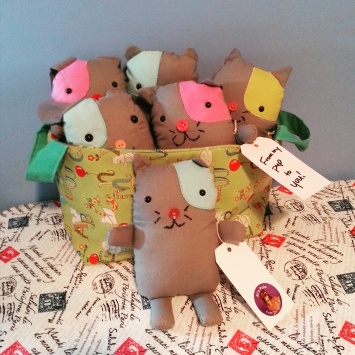 Until next time!  Happy sewing!