Here’s a little look at the works in progress I’ve had going on!

This thing was so big!  This is the biggest quilt I’ve done so far.  It’s a really large full sized quilt, almost a queen.  I laid it out on my queen bed and I think it’s queen sized, but technically it’s a few inches short.  This was for my mom’s friend’s daughter that I grew up with (she was just a little older than me), and it’s made up of t-shirts from her, her husband and their children.  Right now I’ve just wrapped up finishing the quilting,  my arms are very tired, my binding is attached and waiting to be finished, wash it and send it home!

Sometimes your #quilting flows over into the living room and your puppy judges you from the couch! #bigquilts #tshirtquilt #Cutefluffinstitch

Oh yes, the plushies are coming!  When I packed the t-shirt quilt to take to work on it at my guild’s sew night, I was like “well, better get to making DINOSAURS; YES!” I’ve sold all of these that I’ve made so far, and I had a request for one, and I plan on making some for nephews for Christmas, so I went ahead and cut two of them out and almost finished one in one night.  I’ve also joined in (so late) a monthly challenge with Sew Desu Ne? where you make the cutest little mythical creatures and get the next month’s pattern free after “earning it” by making last month’s pattern and I’m really looking forward to finishing up this peryton, (it’s like a stag and a bird?  it is also beyond my nerd level, but very cute) so I can make a JACKALOPE?! A JACKALOPE!!!!!  (jack rabbit + antelope) This sounds ridiculous, but this may be my favorite mythical creature ever.  I remember seeing the jackalope on America’s funniest people, I think the idea of a bunny with antlers is beyond adorable, even the feed store near my house (yes, feed store) has tiny rabbit heads with tiny antlers on them!  I’m dying just thinking about it.

So I have at least five quilt works in progress, so I’m going to work on these after I get my “to do fast” list done.

I’ve got my husband’s Star Wars quilt, which just needs the backing pieced, quilted and bound, 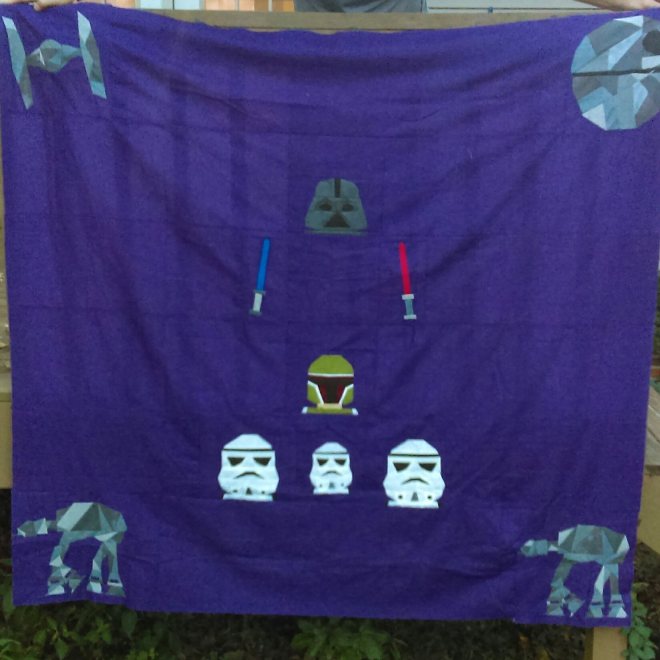 A triangle baby quilt with a billion triangles that is still just a partial top, (Illuminati baby quilt) This has had more progress made on it, I just haven’t taken any good pictures of it and well, it’s a lot of work getting all those little triangles out.

My jelly roll charm pack rainbow quilt which needs some white edges added, I already have the backing fabric, then quilting and binding,

My Splash quilt that is one whole block so far, 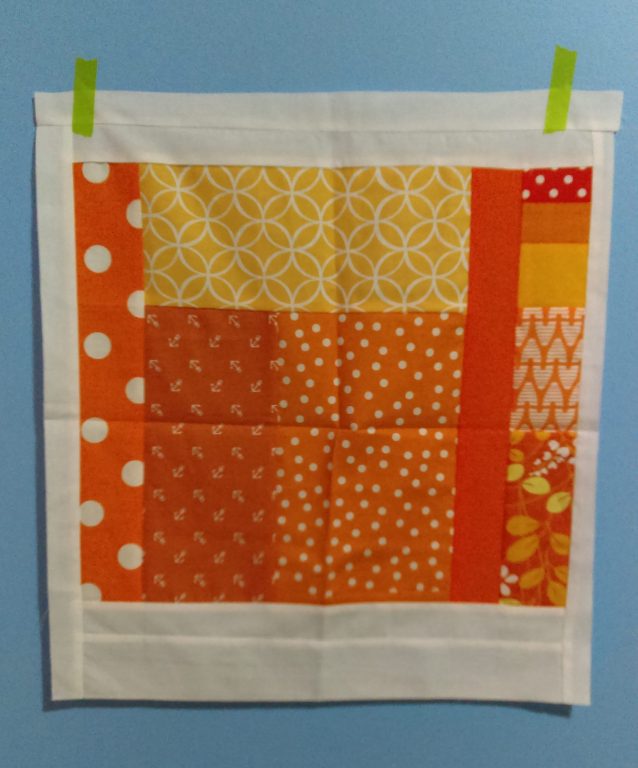 I didn’t even bother to iron this one block, how sad!

And a tiny, hopefully growing baby quilt that is just super colorful and bright. 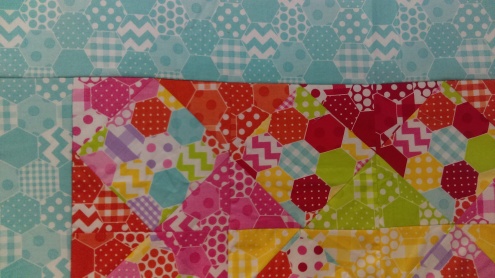 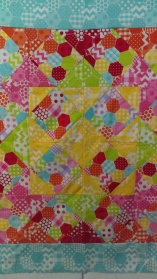 So as some of you may know, last year around August my old car died.  It’s okay, though, because I got a really cool Subaru Impreza that’s much better for me as far as craft fairs and gas mileage and feeling good about the environment.  When I got my car I automatically got a subscription to this magazine, Drive.  This Summer they put a call out for makers to submit pictures of their work, and I thought hey why not?  Well, a couple of weeks ago I got an email asking officially for my permission to use my pictures in their magazine. 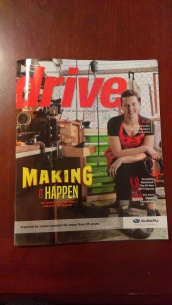 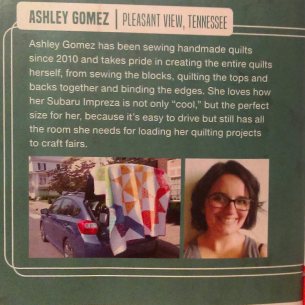 I have died of joy.  If you want to see things a little more clearly, click here to see my COOL THING ON THE INTERNET!

Until next time, happy sewing!

7 thoughts on “WIPS: Updates on Works in Progress”