A look back at my weekend in Murfreesboro!

I healed up just enough to load up and set up in Murfreesboro this past weekend!  I’ll be honest, I didn’t have the highest expectations for this event, just because it’s in an area I’ve never sold in, the only advertising really seemed to be on social media, but I thought it would be a good way to start the year off.

So it was inside of a market space in a strip mall.  I’m not sure how else to describe it.  It was a great space; a little drafty but large windows, a lot of doors, plenty of parking.  I got over there and started setting up, and I was in a booth next to a couple of my guild members!  So that was fun! 🙂 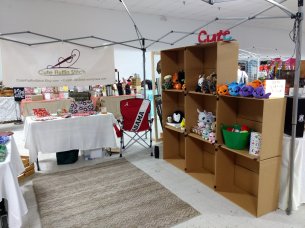 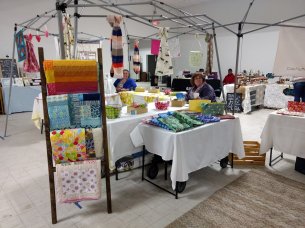 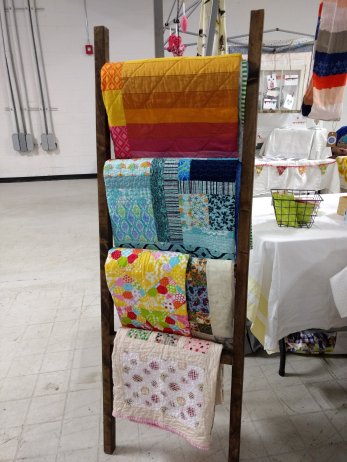 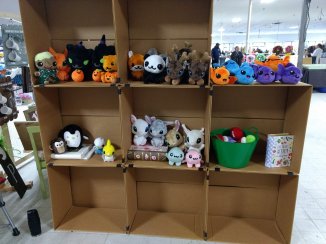 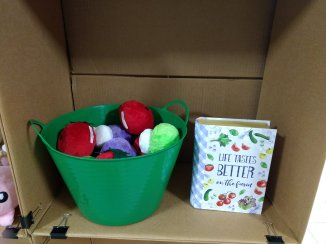 First and foremost, I thought the lady that put the event together did really great for her first event.  I was really surprised with the amount of traffic that came through.  There were only a couple of lulls all day, and for the most part I was on my feet the whole time.  I wanted to see how a new layout I have been thinking about would look, but I was a little thrown off because I didn’t have a booth or a wall behind me, and I felt kind of awkward with people walking behind my booth.  Personally I would have set up the event differently, but there were probably logistics I don’t know about.

I also felt awkward because there was a booth really close to mine selling dollar store teddy bears with vinyl Valentine’s day things on them for maybe $10 or so dollars.  It was kind of crummy, because it was supposed to be a handmade only market.  I also had a little girl brought back by her mom because the mom gave the daughter money to spend, and she spent it in my booth, but the mom thought it was over priced (she didn’t say that but what else could it be?) and made her return it and get her money back.  . 😐

I’ve tried doing events outside of Nashville before, and this just kinds of solidifies what I already know; Nashville is my honey pot.  I get too far out of town and suddenly my prices are too high.  It’s fine, I know you could go to the mall and get a mass produced toy and it’ll be a lot less.  If you really wanted to support local makers, local jobs, not overseas slave labor, y’know, like how your votes reflect, you would.  😉

Overall I’m glad that I did the event, and I’m glad I got to look at how my booth is going to start looking this year.  I’ve got some big plans in the works, so I’ve got to get busy!  Until next time, happy sewing!