A few weeks ago I ordered an extension table for my sewing machine.  Amazon said it would fit, and I mean, they can’t put lies on the internet, right?!  Wrong.  I got my extension table, so excited, then discovered it wouldn’t fit and returned it the very next day.  I was a little sad about it, expectedly.  So I tell my husband about my situation.

“What?  You should have just told me instead of wasting money on some crap.  I’ll make something for you!”

Three weeks later I was starting to wonder if he still remembered saying that.  Suddenly, on Friday night, he starts making out a list of things we’ll need to get at Home Depot the next morning so he can work on my table. Yipee!!!

So there we are, after fandangling the table out on the back deck, which was a lot harder than it should have been, he gets to work.

About seven hours later, I have a fantastic sewing table!!  And it’s just what I wanted! 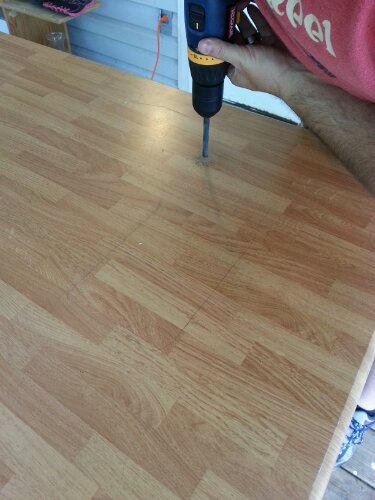 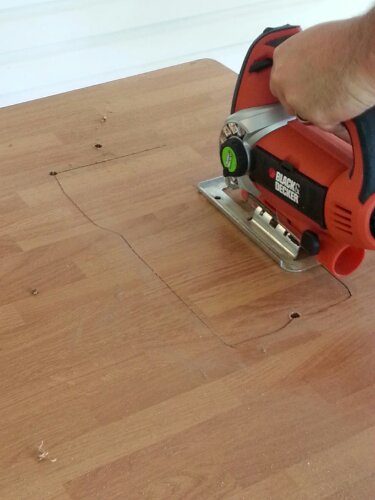 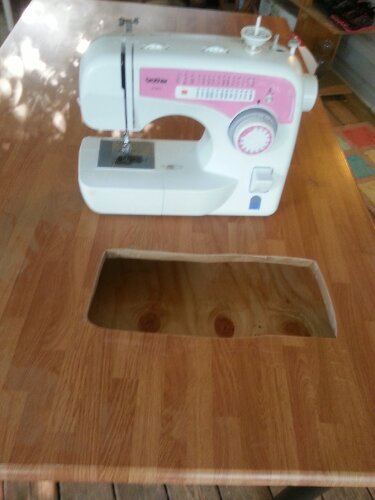 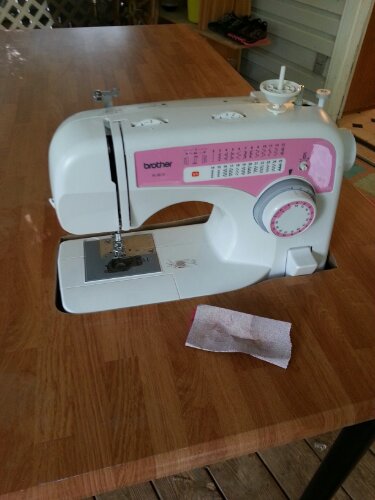 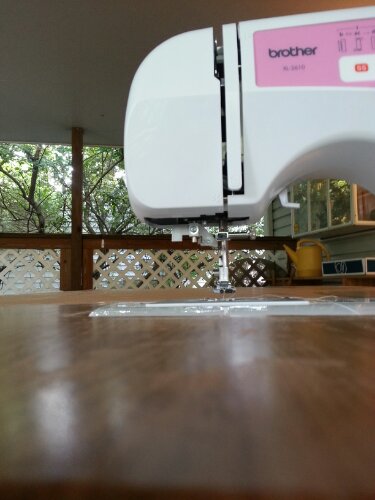